Across Deserts & Over Mountains: Part One

Innovative design and steadfast Scandinavian engineering combine in Amok’s ingenious take on the hammock; one born from a passion for the outdoors

Unfortunately, the Draumr Hammock is no longer available in the UK, as Amok have decided to sell only from their own website and warehouse in Norway. We encourage you to contact Amok and ask them to resume sales to UK retailers.

When Jonas Haug completed his university degree in 2012 - in civil engineering - he had two options: continue studying or working in Norway, as pretty much everyone else seemed to be doing, or move to a completely different country and wing it over there. That summer saw him fly him to the USA, where he worked for nine months as a product designer, building experience and contacts all the while. What was even more fortuitous about this decision, though, was where it led him after that placement: to the Caribbean and his moment of inspiration. 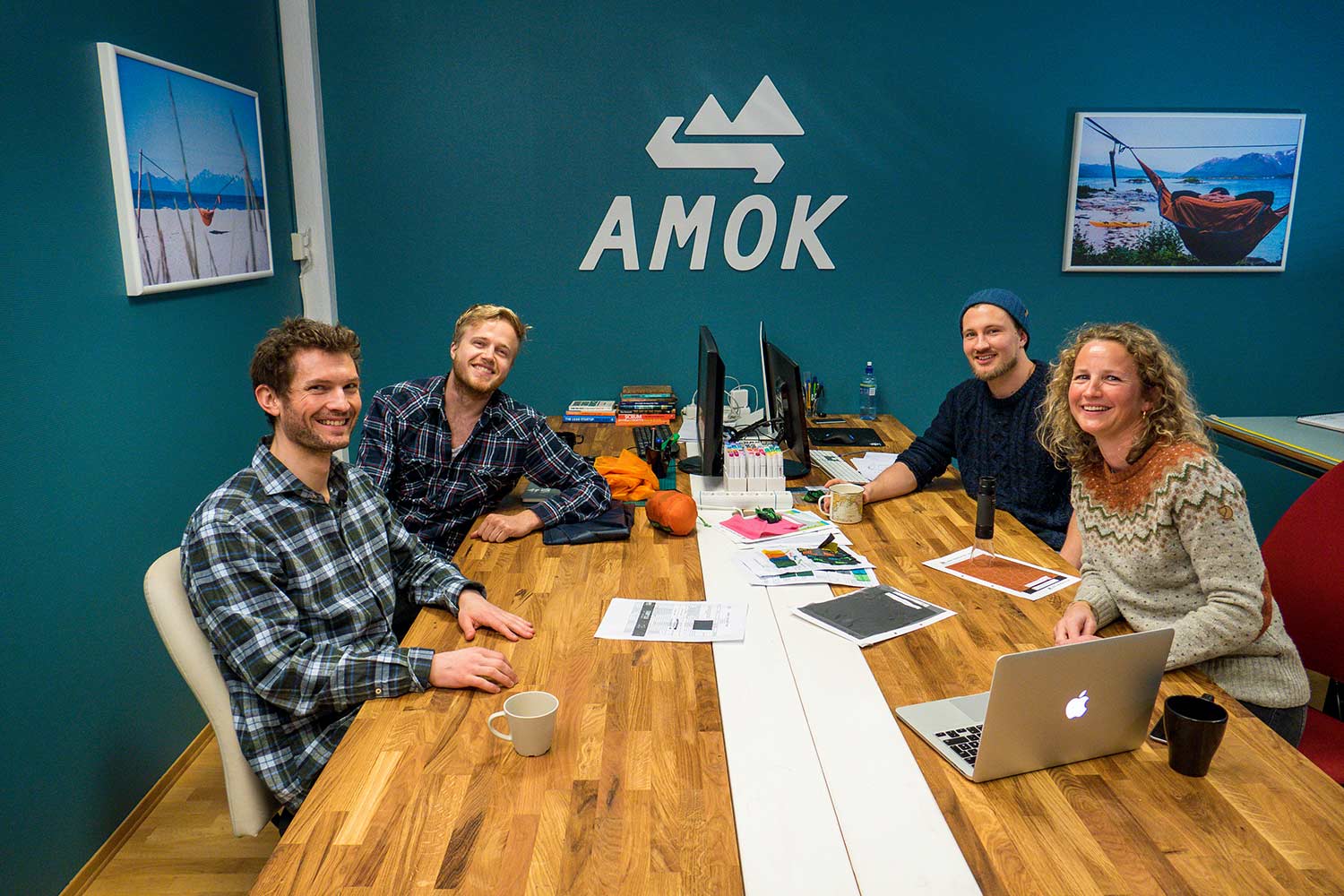 With a mixture of confidence and laidback style, Jonas rented a sailboat from an online listing and proceeded to travel around the Caribbean for a couple of months with friends, despite never having a sailed a vessel of that size before. This idyllic trip had one major drawback, though: as someone from the frozen north, Jonas found the heat and humidity of a sailboat cabin made sleeping extremely uncomfortable. 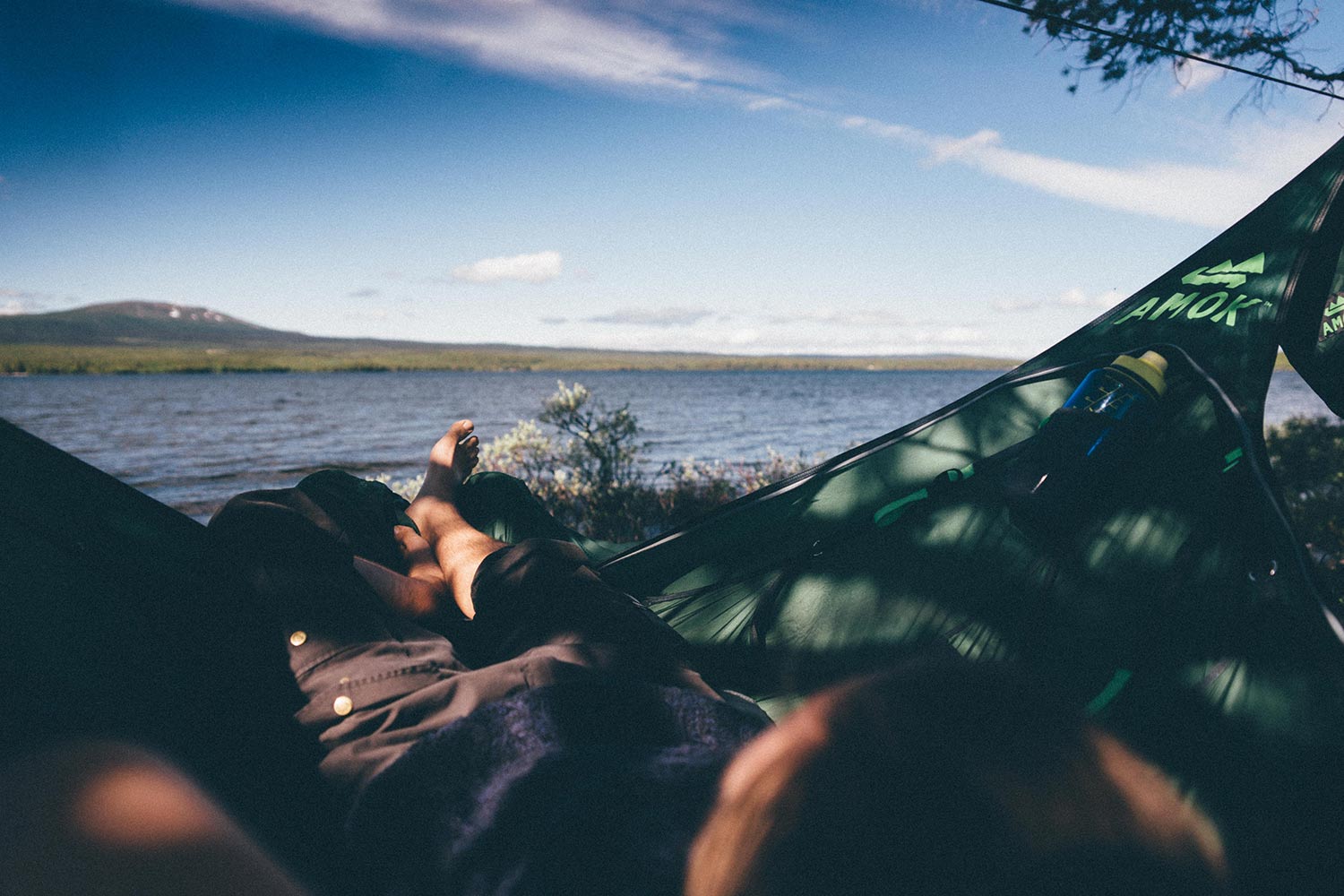 As an engineer, he created all kinds of impromptu contraptions in effort to find some kind of cool air, but nothing worked. What he noticed, however, was that many people in the area were hitching hammocks to the boat’s mast and catching cool air drifting in on the sea breeze. It worked for Jonas too, but he also encountered the issues inherent in a hammock; namely, unsteadiness and an inability to change position without almost hitting the deck. That experience, combined with his natural curiosity as a product designer, set the wheels in motion for what would eventually become the Draumr. 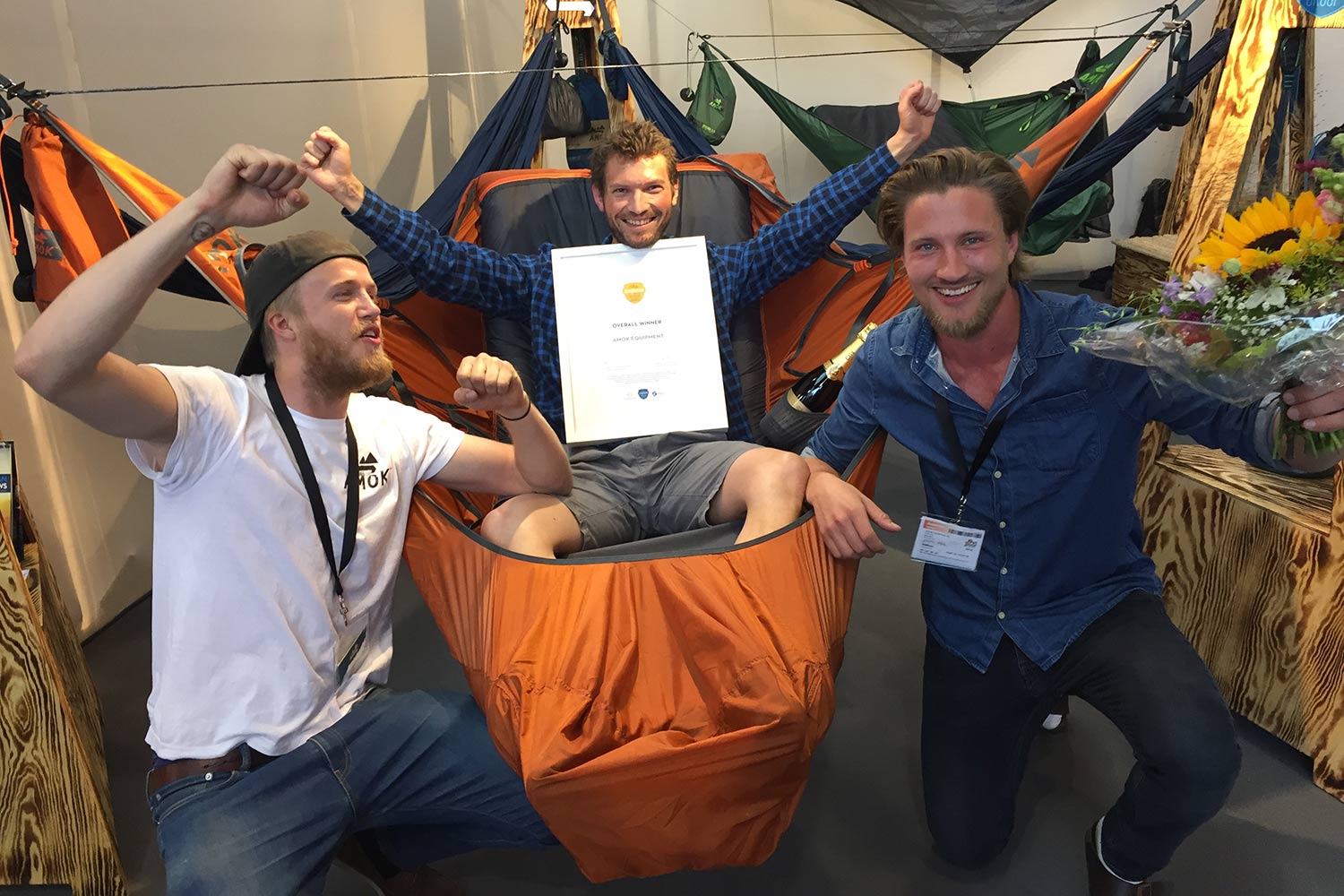 Upon returning to Norway and enrolling for his masters degree, Jonas was consumed by creating the new type of hammock that he’d envisaged. With his new business partner, Steinar, he set about identifying the features of a classic model that needed updating and designing alternatives. They developed prototype after prototype, first simply trying to adapt the iconic ‘banana’ hammock before realising that the stability and versatility they were searching for was only possible by completely reinventing the structure. 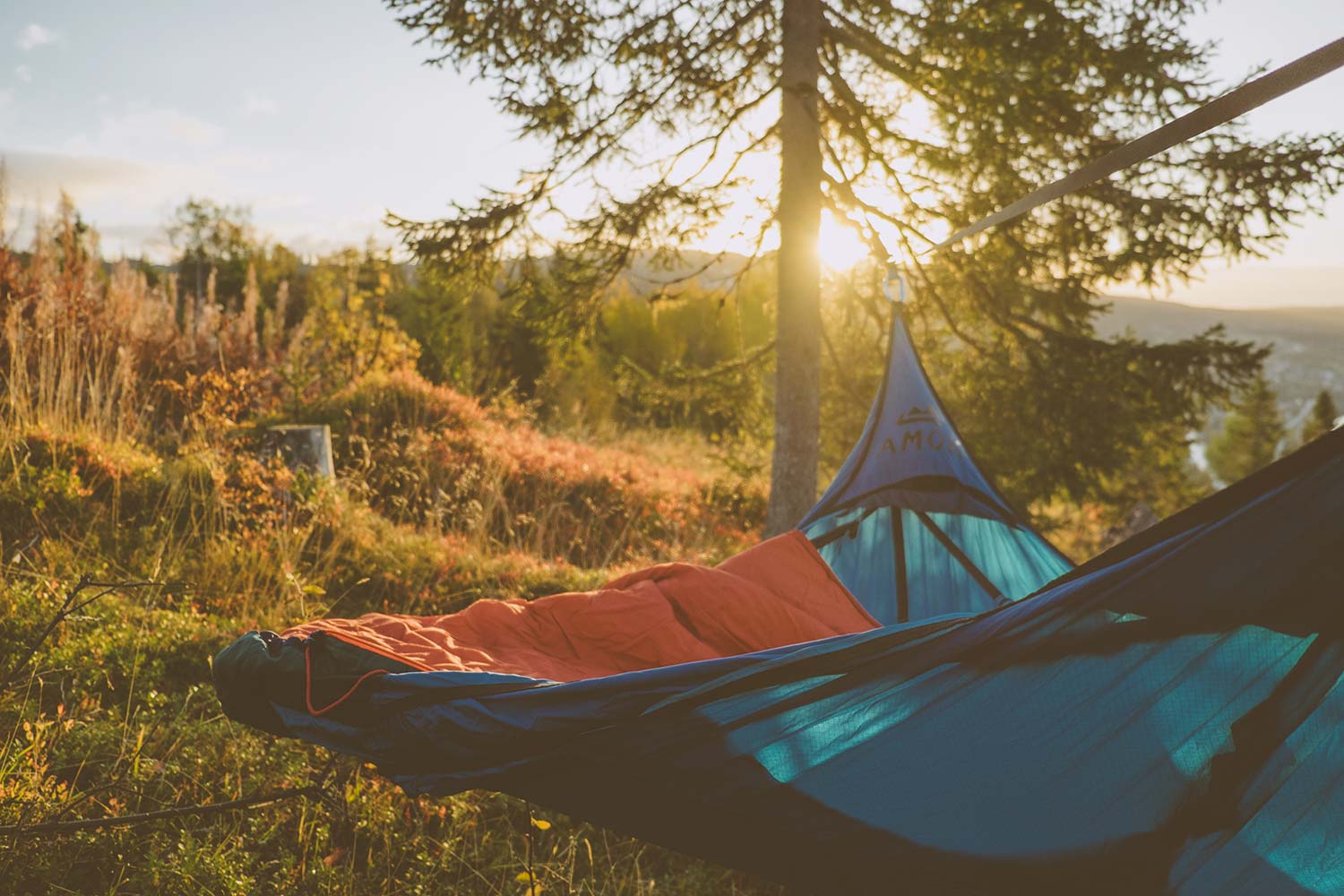 Using the tensile strength of lateral suspension straps and the internal structure of an inflatable sleeping mat, the Draumr achieves what a regular hammock never could: complete stability, allowing you to lay flat or on your sides without rocking uncontrollably. Even better, it features easily accessed adjustment straps that allow you to instantaneously transform the Draumr into a reclined chair position, for daytime lounging. With an integrated bug net and several bottle holders and pockets, the Draumr is a true revolution in hammock design - and it didn’t go unnoticed. 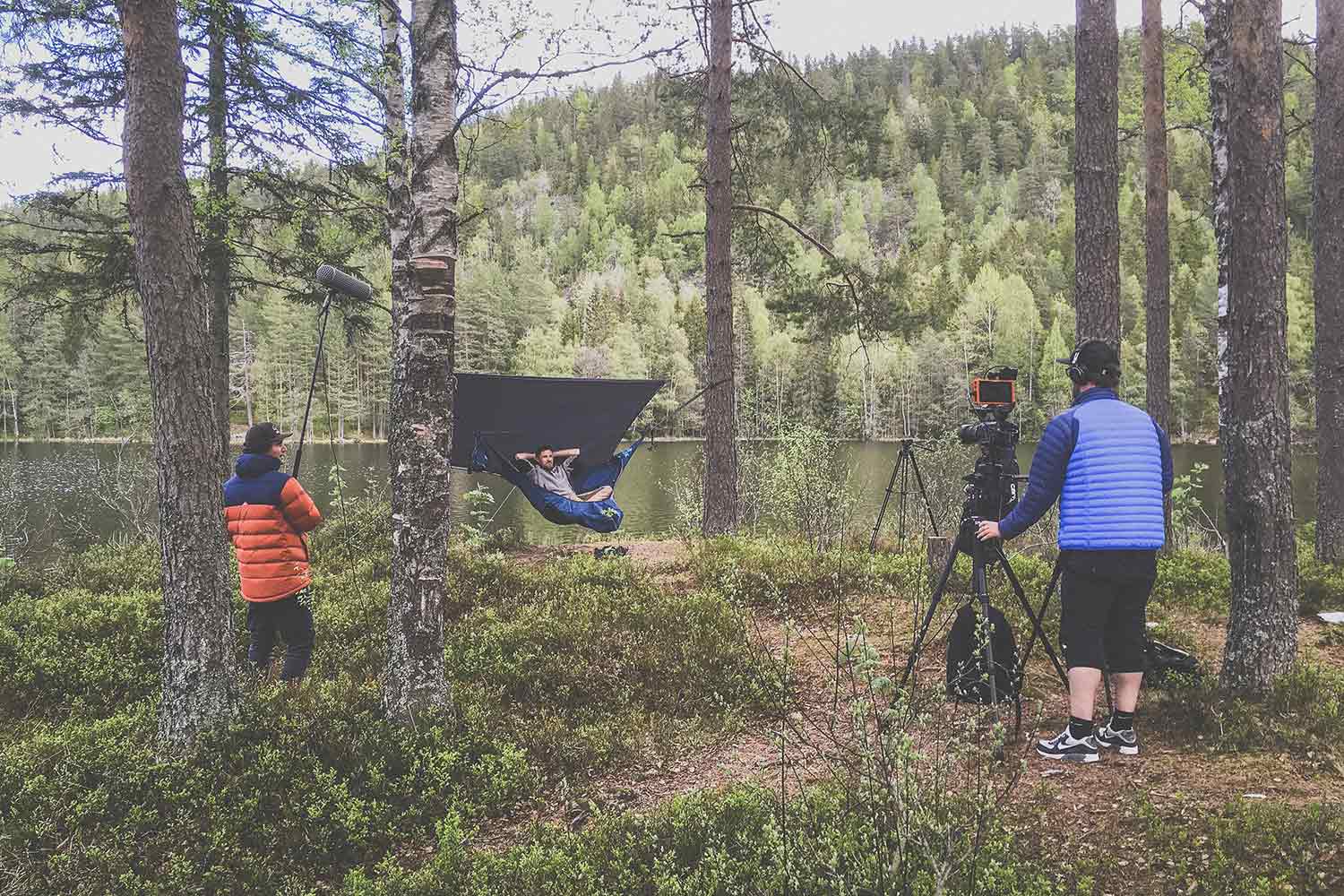 When Jonas and Steinar presented the Draumr to the outdoor industry at Munich’s ISPO convention in 2015, it was met with international acclaim. When they unveiled the updated Draumr 2.0 at the OutDoor Show in Friedrichshafen in 2016, they won the hotly contested Scandinavian Outdoor Award thanks to its bold design and unbelievable functionality. Now selling on both sides of the Atlantic, Amok have moved from strength to strength with rare speed. 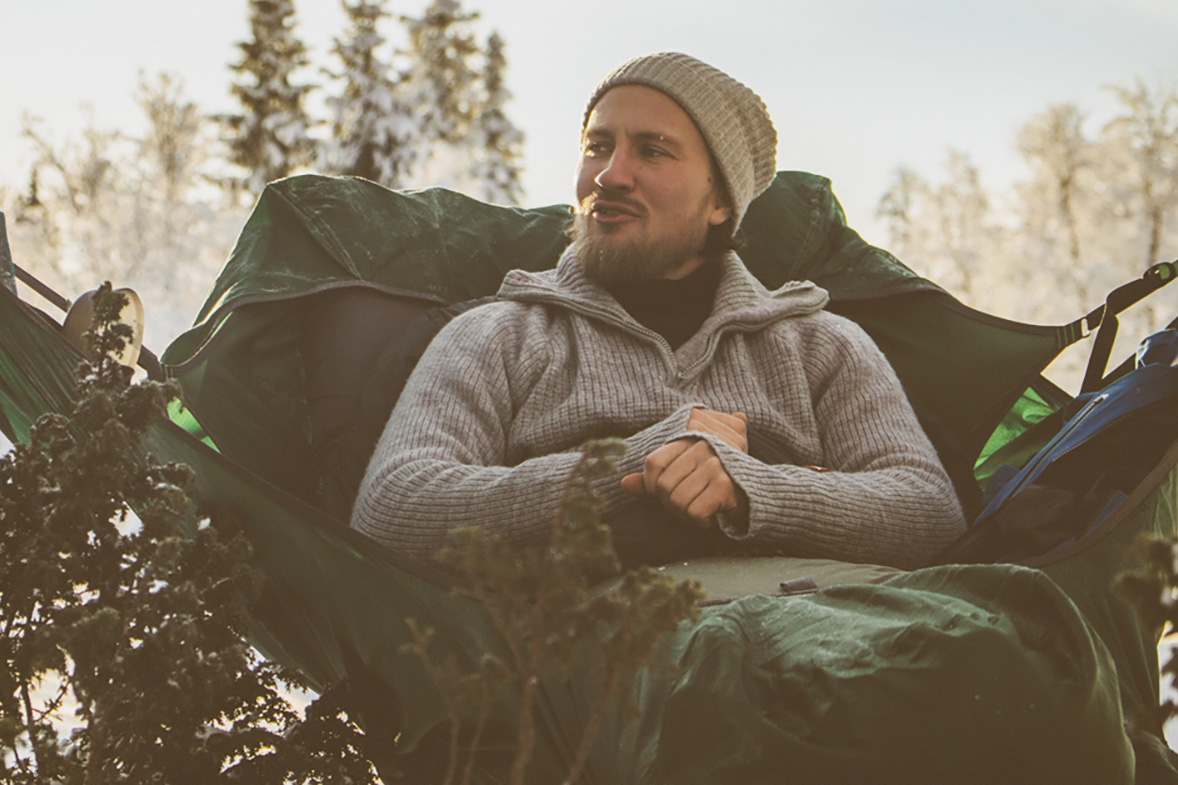 Inspired by Caribbean adventures and perfected by Nordic design and outdoors heritage, the Draumr isn’t just an alternative style of hammock - it’s an evolution of it, taking the minimalist design and immersion into nature that a hammock provides while updating it with unrivalled comfort and innovative features. Whether you’re camping above a Scandinavian fjord or trekking a South American rainforest, the Draumr can keep pace with your adventures and ensure you get a decent night’s sleep. It’s a potent combination: the immersive experience of a hammock with the comfort and snugness of a tent. And it’s one that we’re seriously impressed with. 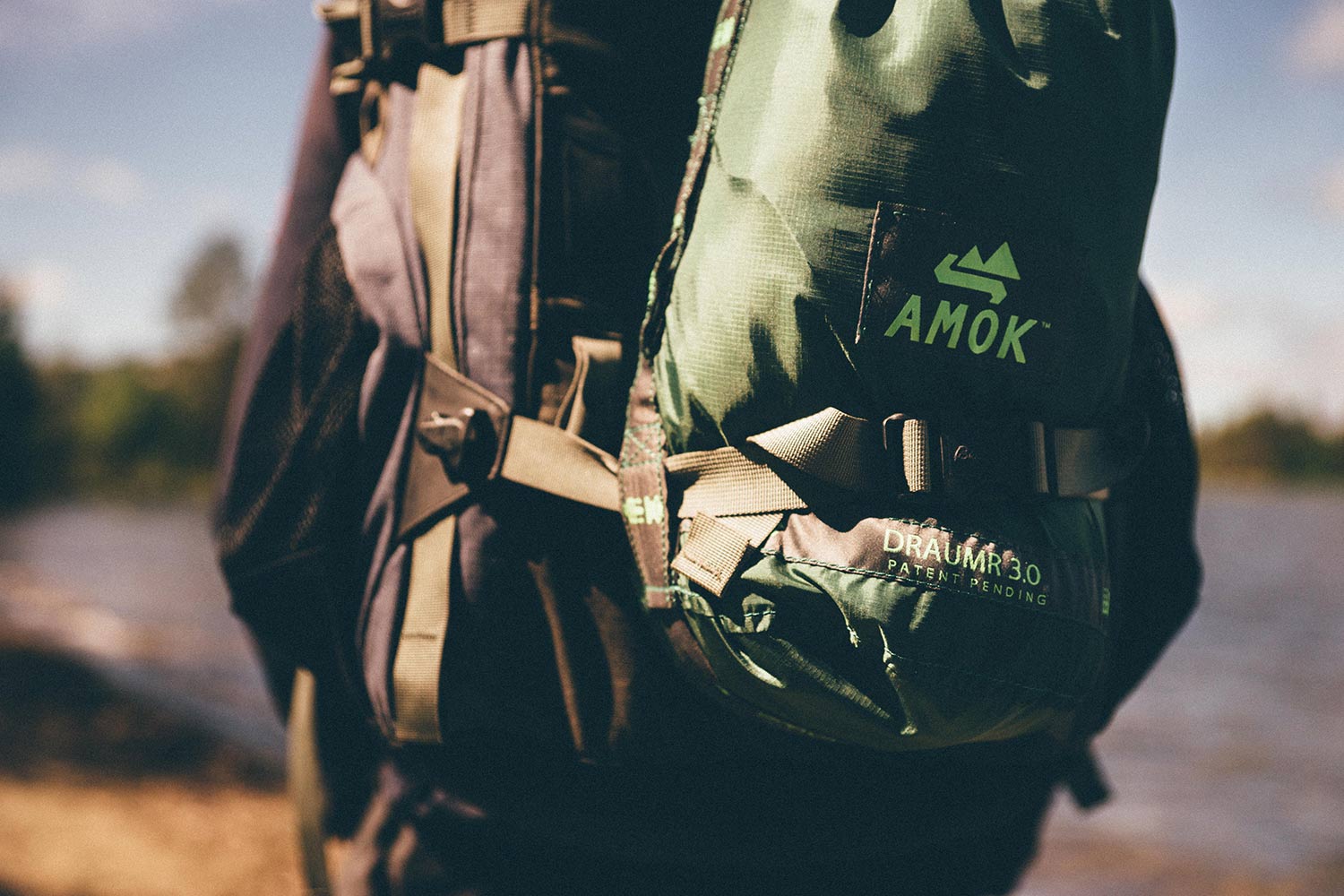